These amazing Italian films, complete with English subtitles, will make you feel like you’re in Italy for the night! Feel free to bring your own picnic, snacks and blanket to enjoy the show! It may be a little chilly, so be sure to bring a light jacket to keep warm.

No outside alcoholic beverages or animals permitted.

July 17 / Smetto Quando Voglio - Comedy (S. Sibilia, F. Ferro)
A university researcher is fired because of the cuts to university. To earn a living he decides to produce drugs recruiting his former colleagues, who despite their skills are living at the margins of society.

July 24 / Loose Cannons - Comedy, Drama, Romance (Ferzan Ozpetek)
No other nationality respects their food and family gatherings with the fervor and zest of the Italians, but when it comes to the Cantone family, some things are better left well away from the dinner table and in the closet!

July 31 / Una Vita Spericolata - Comedy, Crime (Marco Ponti)
A mechanic turns a loan request denial from his bank into a robbery with the help of two of his friends, leading to a crazy escape with the public opinion in their favor.

August 7 / Bangla - Comedy (Phaim Bhuiyan)
An Italian young man lives with his family, who are from Bangladesh. He works in a museum, and in his free time, performs with his band.  He still trying to figure out his life, an Italian girl appears.

August 14 / Pranzo di Ferragosto - Comedy, Drama (Gianni Di Gregorio)
This movie is a sliver of life, and it pulls you in into the middle of Rome, in the middle of August.  The whole city is going on holiday...except Gianni, his ninety-something mother, and three elderly ladies who still know how to enjoy life.   Gianni tries keep up while cooking and drinking a lot of wine!

August 21 / Mafioso - Comedy, Crime, Drama (Alberto Lattuada)
When a good-natured factory supervisor living in Milan with his Northern wife returns to his native Sicily with a culture much different from the North. A decades'-old oath forces him to fulfill an “obligation”.

August 28 / Certified Copy - Drama, Romance (Abbas Kiarostami)
A middle-aged British writer meets a French woman who leads him to the village of Lucignano. While there, a chance question reveals something deeper.

September 11 / Divorzio all'Italiana - Comedy, Drama, Romance (Pietro Germi)
A married Sicilian baron falls in love with his cousin and vows to wed her, but with divorce illegal he must concoct a crime of passion to do away with his wife.

If there is bad weather/rain the film will not be rescheduled. 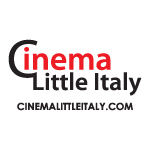