Little Italy’s Resilience Over the Years 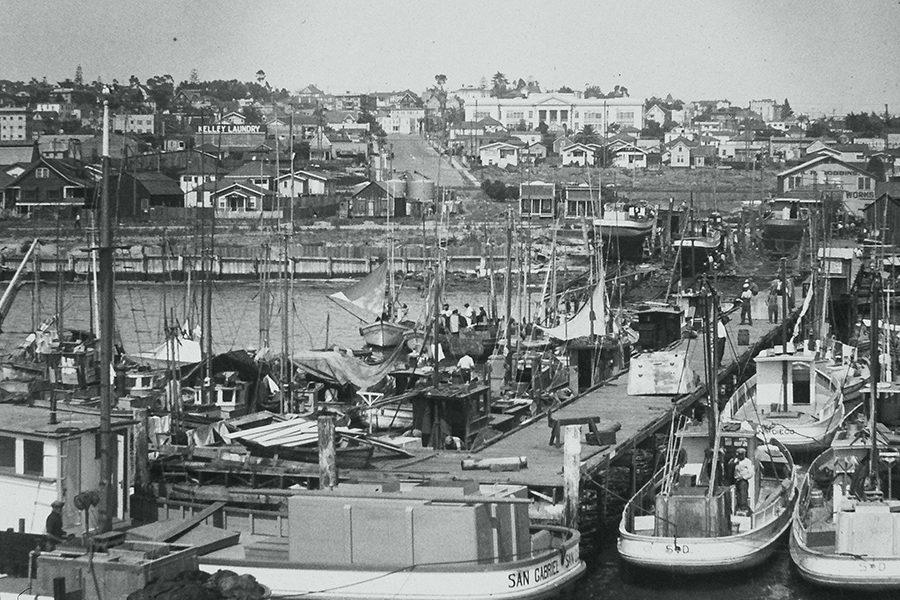 The community of Little Italy has always been known for its resilience and determination, dating back to nearly 100 years ago when the neighborhood was known as the “Tuna Capital of the World.” At that time, the demand in the U.S. for tuna was at an all-time high and more than 6,000 Italian families immigrated to the neighborhood in hopes to participate in this rising industry, and they did.

Fishing boats and canneries lined Little Italy’s waterfront. Tuna became San Diego’s third largest industry, behind the Navy and aerospace, as Americans were consuming over one billion pounds of tuna a year. By the mid-1930s, the canneries employed more than 1,000 people. 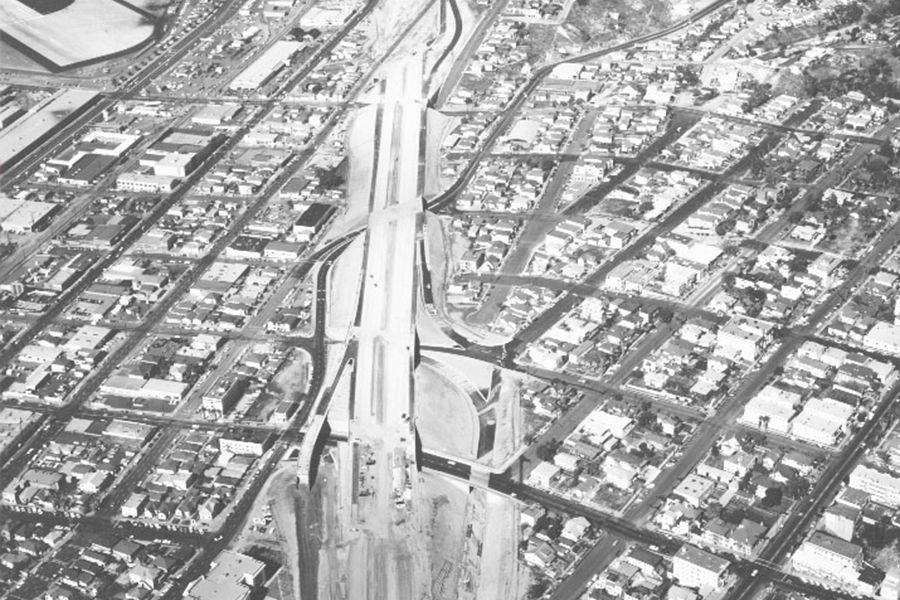 However, by 1970 it became a national concern when it was reported that dolphins were being caught in tuna fishing nets and dying. Environmental regulations, paired with rising costs and foreign competition, resulted in the tuna industry’s near disappearance from the West Coast. Around the same time nearly 35 percent of Little Italy was demolished due to the construction of the Interstate-5 freeway, confining the neighborhood to a few blocks framed between the freeway and San Diego Bay. The loss of the tuna industry and real estate during this time left Little Italy in a period of decline for the first time.

Nevertheless, Little Italy’s resilience as a community resulted in a triumphant comeback. Little Italy’s community members didn’t give up and instead took fate into their own hands. Artists and designers began moving into vacant industrial spaces and started their new businesses alongside a handful of established Italian family businesses. The old and new joint effort caused a revitalization of the community and developers followed which resulted in the investment of millions towards residential and business construction. 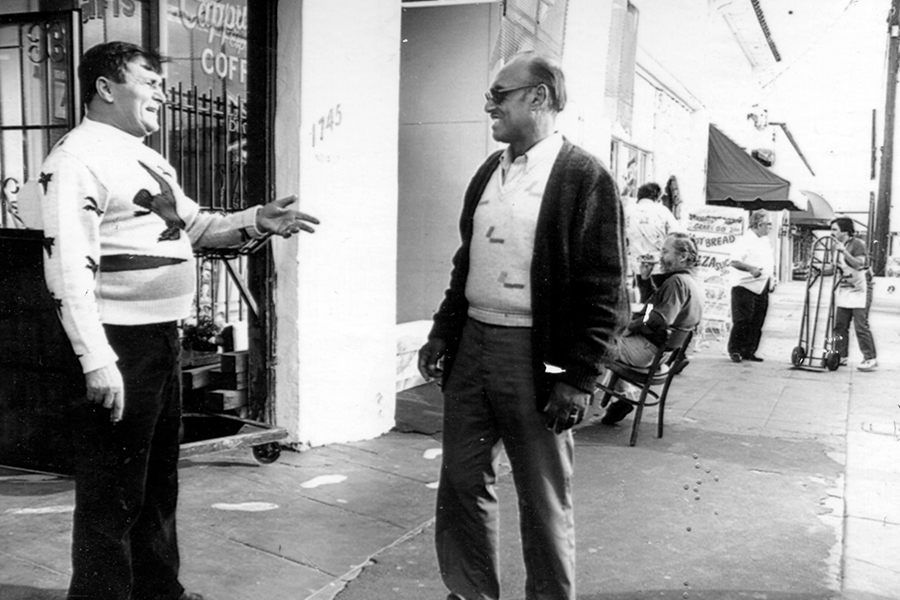 Little Italy is a model urban neighborhood in San Diego and has become one of Downtown San Diego’s oldest continuous neighborhood-business districts. Sharing these tales to visitors through public spaces & piazzas, public art, music, food, and our long-standing community members is part of the neighborhood’s tradition and keeps Little Italy alive and thriving.

Today, our community continues to ban together through the pandemic as they did all those years ago in effort to keep our community prosperous. One way we saw Little Italy’s residents supporting the neighborhood is by participating in our Ciao Bella! campaign and Al Fresco dining. In the beginning of June, the Little Italy Association brought this unique open-air dining experience to the streets of Little Italy. As the first neighborhood in San Diego, Little Italy Association’s quick actions gave restaurants the opportunity to expand their seating and begin to recover from the financial impact they had experienced as a result of COVID-19. Most recently as restaurants were ordered on July 14th to cease dine-in, the Little Italy Association quickly adapted by installing Pedestrian Plazas, also known as parklets, in partnership with the City of San Diego outside of restaurants by the following weekend. These quasi-permanent structures allow restaurants to expand their outdoor seating capacity into adjacent parking spaces and continue to provide service outside seven days a week. 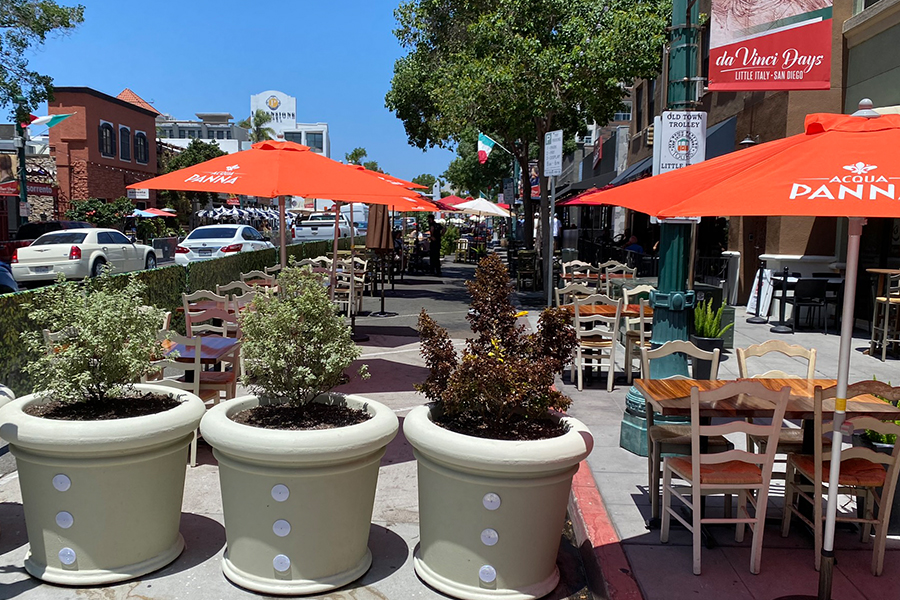 By conducting street closures, installing parklets, installing hand sanitizer stations, and encouraging to follow the County Health Protocols by maintaining proper physical distancing and wearing a face covering, Little Italy has created a way for our beloved small businesses to remain open and begin the steps towards recovery.

Little Italy’s variety of local shops and retailers have adapted by following all the County Health directives including ensuring proper social distancing for customers, requiring face coverings for all employees, and frequent washing of hands and use of hand sanitizer, along with regular cleaning and disinfection of all surfaces. We thank you for your continued support and believing in our famiglia. As we navigate this “new normal”, we are fortunate to have the opportunity for outdoor dining and look forward to seeing you in Little Italy soon.